A world language... & the language of love

HOW NOT TO LEARN FRENCH!

If you don’t understand it yet, don’t worry – you soon will once you start learning French!

Learn about the French language: where it came from, where it’s spoken and by who. Why you should learn it, and how it compares to other languages.

1. It's A World Language

More than 200 million people speak French on the five continents.

The Francophonie, the international organisation of French-speaking countries, comprises 68 states and governments.

French is also the only language, alongside English, that is taught in every country in the world.

2. A Language for The Jobs Market

An ability to speak French and English could be a big advantage on the international job market.

3. The Language of Culture

French is the international language of cooking, fashion, theatre, the visual arts, dance and architecture.

4. It's A Language For Travel

France is the world’s number-one tourist destination and attracts more than 70 million visitors a year.

5. A Language For Higher Education

Speaking French opens up study opportunities at renowned French universities and business schools, ranked among the top higher education institutions in Europe and the world.

Students with a good level of French are eligible for French government scholarships to enrol in postgraduate courses in France in any discipline and qualify for internationally recognised French degrees.

6. It's A Language For International Relations

French is the language of the three cities where the EU institutions are headquartered: Strasbourg, Brussels and Luxembourg.

7. A Language That Opens Up The World

After English and German, French is the third most used language on the Internet, ahead of Spanish.

8. A Language That's Fun To Learn

Learning French in Blackpool is easy.

9. It's A Language for Learning Other Languages

10. The Language of Love and Reason

First and foremost, learning French is the pleasure of learning a beautiful, rich, melodious language, often called the language of love.

French is also an analytical language that structures thought and develops critical thinking, which is a valuable skill for discussions and negotiations.

If you like what we do and want to know more... 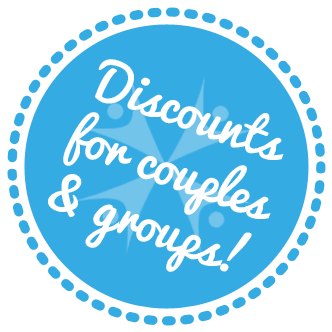